Will The Indian Music Industry Ever Realise Its True Value?

When I joined the music industry in 1987, it was estimated to be a Rs. 1,000 crore business. Granted that this was just a guesstimate by my seniors but it was a number that we took as gospel. The only real form of revenue was sales of physical product, primarily audio cassettes. Vinyls were in rapid decline and Compact Discs had yet to make their appearance in India.

Cassettes sold in staggering numbers. T Series had opened up the market through a combination of low priced cassettes and phenomenally cheap CD players which changed the demographic of the music buyer forever. Long playing records (LPs) never saw those numbers due to their higher price and comparatively expensive record players, a fate that befell CDs later.

The explosion of cassette sales at low prices triggered huge growth, with regional players benefitting tremendously as well and despite the huge leaning towards film music, non-film music like devotional, classical and later pop, all carved out impressive market segments of that Rs. 1,000 crore pie.

Revenue from additional sources was negligible, be it All India Radio, the Indian Performing Rights Society (IPRS) or Phonographic Performance Ltd. (PPL). So we went about our business with a single minded focus, knowing that artistes, labels, distributors and stores were in perfect alignment. To make money you had to sell product and yes, a rise in price, tough as it was, meant more money for everyone.

Challenges in the past

Our challenge in those days was the levy of excise duties on physical product, high sales tax slabs and our constant bugbear, piracy. A lot of time and effort of collectives like the Indian Music Industry (IMI) which was called the Indian Phonographic Industry back then, went in liaising with the government machinery to try and curb piracy and of course making representations to lower taxes and abolish excise. Every year we were hit with some sort of problems over these three issues apart from natural and man-made calamities like floods or bandhs that impacted sales in certain regions. And when we dropped the price of CDs and MP3 discs, we struggled to achieve volumes to make up the loss in revenue. That, we concluded, year after year, was the reason for us constantly ticking at a turnover of Rs. 1,000 crores.

Digital was the disruptor at the turn of the century, of course. Napster hit us in a way none could have imagined, the digital download business was limited to iTunes and only ring back tones (RBT) and the Nokia Ovi store provided any sort of decent digital revenue to the industry. Telecom operators dictated terms, reporting was erratic, aggregators fragmented the players and revenues overall went into rapid decline.

FM Radio was a ray of hope till the Copyright Board order on royalties negatively impacted our radio collections by up to 90%. TRAI cleaned up telecom subscriber bases which meant a huge fall in revenue from RBT, M Radio and other operator services. By then composers, authors and performers were learning of rights and had begun their demand for a fair share of royalty, so the priority continued to shift to matters other than music. And revenue continued to hover around the Rs. 1,000 crore mark, with the anticipated growth never actually materialising.

So what ails the music industry? Why is it that for over three decades it only marks time while even an industry weaned from it like FM Radio, has gone from zero to Rs. 3,000 crores in just 18 years? Despite multiple revenue streams today like public performance royalties, synchronization revenue, streaming income, publishing royalties and other earnings, the industry continues to hover around the same mark?

There are a multiple factors at play that prevent a surge of growth in the industry numbers.

Top of the list is the fragmentation of rights owners, lack of understanding of rights by users, challenge to the rights of copyright ownersand societies by third party users and a badly worded Copyright Amendment of 2012 that despite having its heart in the right place has left the industry with fresh challenges anduser confusion. And that’s only the half of it. Government intervention almost invariably is in favour of the users but is not an all-encompassing conversation where it offers assistance in one segment, to achieve its own objectives in another. It’s a bit like trying to revive the automobile business by deflating the tyre industry (pun intended)!

In a series of articles, Music Plus will discuss the challenges and possible solutions, keeping in view the enormous revenuepotential of the industry. Estimates of the past in FICCI reports were not conjured out of thin air but to someone like me, those numbers were calculated based only on the current way of functioning of the industry. To unlock the real revenue potential in music, the government can play a significant role and rights owners need to give up fiefdoms and come together under one roof, as a starting point. Radical thinking and dramatic reform need to come to the fore and then the magic will begin.

And if you think this is just a motherhood statement, here’s a thought to leave you with: The current size of the public performance market for music is probably in excess of Rs. 8,000 crores alone, if we all work together. Let’s discuss it in the next piece. 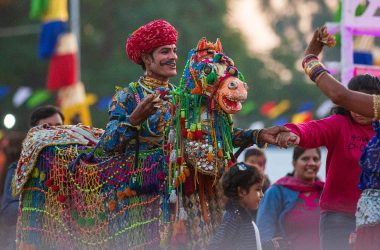 The State of Rajasthan, through an arid desert, carries music through its air. The State’s musical diversity originates from…

While the piece I did on the potential of public performance collection had some interesting reactions, ranging from “Wow, this… 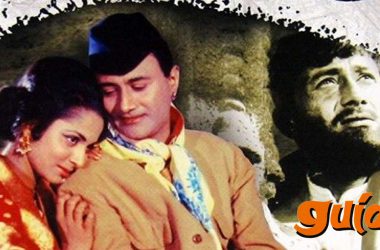 Back in the 60s when Bollywood movies revolved around patriotism, true love, or family values, Dev Anand produced…