At the All About Music conference in 2019, skeletons tumbled out of the closet, the unmentionable was mentioned and you’d have been pardoned for thinking you were in a confessional! It was a Christopher Columbus moment as the economics of falsehood was discovered and the new world splintered from the old.

I’m talking about fake views and the surprisingly open admission to it by speaker after speaker on panel after panel.

Despite the constant outcry against bought views and likes (on You Tube especially) by musicians and music executives, I was delighted that the subject was discussed almost threadbare, none more so than on the panel on Influencers, moderated brilliantly by Late Samir Bangara, Co-Founder, and MD of Qyuki Digital Media. And why was I delighted by the championing of fakes? Because it hopefully gave the audience a great insight into the new business of music.

I’m not certain but I tend to feel that most people are not crackpots! If there are labels, management companies and artistes spending money on buying views and creating the VPS system, they must surely be recovering it. Nobody has money enough to keep sinking into a loss making indulgence when they are supposed to be making a business of it. Oh sorry, VPS is a term I coined…..Views Per Second, which is akin to BPM (beats per minute) only much faster. Ferrari would be proud. Zero to 500 million in 35 seconds. That sort of thing.

So morality be blowed, with the cribbers needing to realise that they are the ones sitting in a jalopy while the Lamberghinis are whizzing past them. At least smell the tyres burning, guys!!

It’s truly a new world out there and Samir made a very valid point. Marketing and promotion have always been part of the music business. It’s only the mode of promotion that has kept changing over the years. We’ve had print ads, hoardings, radio ads, tv ads, music videos and other stuff that didn’t come free. The record labels or artistes paid for it and that was cool by everyone. In fact, it was a cribbing point for artistes about their labels when they felt that the promotion was inadequate!. Nobody went up in arms when advertising was done in ‘traditional media’. And the intent was to boost sales of the album through the promotional spend.

Digital being only a medium, conceptually there is no difference. Advertise and market on the net with the intention of increasing views and streams. So whether you get those numbers by buying Google ad words, or Facebook paid promotions or running ads on other You Tube videos or simply buying the views themselves, it’s all done with the same intent. Everybody on earth now knows Rahat Fateh Ali Khan’s ‘Zaroori Tha’ has over 700 million views. How many organic, how many through promotion and how many bought? As Shameer Tandon says, “There is no way you can buy so many views!” Exactly.

Bought or not, the net result of this is that You Tube can proudly tell the world that 15 Indian music videos have crossed the 500 million mark in views. And since everyone in every market is buying views I’m told, this is as much the norm as platinum disc sales being announced on the day of launch of an album back in the day. Formats change but human beings don’t!!

The point, however, is not about making You Tube feels good (they anyway do, once they have your money!) but about how the world at large views you. The fact is that there are corporates whose marketing departments are crawling the platforms and comparing subscriber bases and number of video views. The artistes who have both, get offers to do concerts, get opportunities for brand product placement in videos (read that as money to make videos) and of course engagement for promotion of the brands on social media platforms. It’s a well-established business now that has catapulted many an artiste to fame and fortune. Why just artistes, this works across the entire community of content creators on You Tube, Tik Tok and other platforms. That’s how anyone with some following on social media is turning into a hot ticket item and there are management companies now grabbing kids as young as five years old to shape their careers! The mind may boggle but this is the new world where anyone with something smart to say can become a sensation and make more than sensational money!

Obviously this is less than acceptable to people, who can’t fathom why artistes whom they see as ‘cover version artistes’ or ‘asuras (tuneless)’ are whizzing to fame and fortune (Dhinchak Pooja take a bow) while a bunch of extremely talented performers are struggling to get noticed.

The art, one has to realise, is in smart. Again, hardly a new concept for artistes who even back in the day would lawyer up, appoint agents and most critically, spend money on themselves to get noticed instead of waiting for a gatekeeper at the doors of a music label to let them in. Technology today allows them in but it’s primarily those investing in themselves who are literally cashing in.

Music journalist Amit Gurbaxani had shared a Rolling Stone article on Facebook about the Latin music industry that was extremely telling. Major labels in Latin America spend anywhere between USD 20,000 to 100,000/- in the first 24 hours and can get up to 12 million additional views for it. Of course it is far cheaper in India. So what happens then? The You Tube algorithm picks up a video that has a large and rapidly growing viewership and puts it in the recommendations that appear on the right of the You Tube page. Just as retailers in the physical business would place an album on their charts if a music label bought back copies quickly after launch. And that creates a snowball effect, generating a gigantic number of views, validating Shameer’s point about the impossibility of buying so many million views.

In terms of economics though, one has to think things through. Videos of superstars like Rahat, Badshah, Guru Randhawa, Neha Kakkar etc get exponential views, so end up making money from You Tube after the investment. Others need a combination of royalties, influencer fees and concert income to justify the spend. It’s all out there, to be had by those who understand how the business works, irrespective of how the audience at large sees their talent. And hey, don’t we all know that nothing succeeds like success and it’s only a matter of time before a liability turns into an asset? For example, singers who had accented Hindi would not have been allowed near a recording studio some years ago. Today it’s almost a necessity, with the explanation being that it’s required for credibility as heroines like Katrina Kaif speak in accented Hindi! A lie told a thousand times finally becomes the truth!!

The message is clear. Get smart or lose out. If you don’t know how to do it, use the help of people who do. More musicians are making more money than ever before. Don’t miss your pot of gold. And forget the recent pledge by music labels overseas that they would stop the practice of buying views. This is big business for entities like Google, Facebook and the like. Nobody is going to forego their business model because a few artistes or listeners think that the latest sensation is a non-talent! Get real, folks.

Am I in agreement with all this? Nope. Not at all. My concern is with what we’re churning out as our talent pool. Media and platforms are there to do business so the quality of an artiste doesn’t concern them as long as there is popularity and the bucks are coming in. But popular and good may not go hand in hand. Every industry needs its own Roger Federer and Don Bradman. We’ve been fortunate to have had music icons from Pandit Ravi Shankar and Lata Mangeshkar to Jagjit Singh and Daler Mehndi. An embarrassment of riches as far as sheer genius is concerned. That cupboard is in danger of running bare because of the ‘cash me while you can’ short term approach to ‘nurturing’ talent.

A possible solution lies with the very people whose business it is to sell advertising, whether it be a streaming service, a radio station, television channel or a brand. Consider it part of CSR, if nothing else. Pick up a nobody. Promote him or her. Put your bucks behind young talent, just as you do on superstars. Stay with one talent for at least three years and watch what happens. Music labels have done exactly that in the past. Any takers? 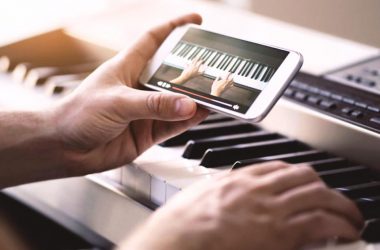 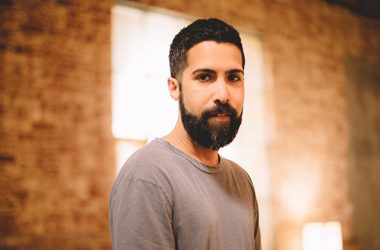 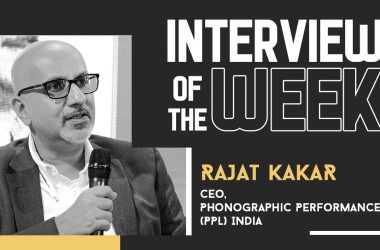