In May 2021, K-pop group Blackswan’s music label DR Music announced the launch of global auditions to replace band member Hyemi who had exited the group. Now more than a year later, the auditions have come to a close.

Shreya Lenka from Odisha, an 18-year-old Indian woman is now a member of the K-Pop megaband, Blackswan. An ardent K-pop fan herself, for the last five years, Lenka always dreamed of becoming a performer. “I had seen how entertainment companies in Korea groomed talent before their debut once they became trainees,” she reveals. “I longed to get professional training but being from a humble family I could only watch YouTube videos and [try to learn].”

In an exclusive chat with Lenka, Music Plus understands her journey from Bollywood to Blackswan and everything in between.

You’re a trained Hindustani Classical singer. What has been your relationship with music growing up?

Although I am more inclined towards dance, music has always been an inseparable part of me. I have a rather deep voice so finding a good vocal trainer in the small town of Jharsuguda where I grew up was difficult. When I started auditioning for K-pop in 2020, I realised I need vocal training as well. My grandma knew a good Hindustani Classical music teacher in Rourkela. Since, I had dropped a school year to train after Class X and had given many auditions but failed, I decided to move back to my hometown to train under him. Even though Western and Indian classical is different, I thought it will help me understand the basics and it did.

Within just a couple of months of training I cracked the DR Music auditions. Of course, I had to clean my dance style a lot, but I feel getting trained in Hindustani classical gave me an edge. I am really thankful to Pulin Sir for giving me vocal lessons.

Please tell us about your interest in K-pop?

I always wanted to be a performer. A few years ago I was introduced to K-pop by a friend. I was attracted because of the amazing choreography in the music videos but when I learnt that the people performing were actually singers, I was blown away. It was so different and refreshing.

Who are some of your favorite artists?

It’s hard to choose one or two groups but some of my favourites are Exo, Stray kids, Everglow, The boyz, BTS and Ateez. I have been following them from for four years now. The list, however, keeps on growing. Bang Chan sumbaenim of Stray kids is also my role model and I admire him so much because his works inspire me.

When it comes to Indian music, I really like Shreya Ghoshal, Arman Malik, Sunidhi Chauhan and Arijit Singh because they are so versatile. I also listen to Miley Cyrus, Beyoncé, Lady Gaga, and Bruno Mars. They are my idols because they are strong and unique singers. For my DR Music auditions, I sang Miley Cyrus and Lady Gaga tracks.

Is K-pop big where you grew up?

Music in Odisha is highly influenced by Hindustani classical, folk and tribal music. We have a thriving Ollywood Industry that makes Odia films and songs. However, the music culture today is crossing borders and K-pop is something that has attracted us young Odia people as well.

When I used to upload my audition videos on my Youtube channel, I saw many supportive messages from Odia people. Some of them even used to give me updates about new K-pop songs and companies who were holding auditions. So, I think K-pop has truly become popular among the young masses in Odisha and the popularity is growing day by day.

Tell us about your Blackswan audition?

As per the audition process shared via an Instagram post, I filled up their online application form with my details and sent them a google drive link with one of my unedited dance videos and one song video of a minute each along with unedited profile photos. I had qualified the 1st round and then for the second, the contestants were supposed to send a dance cover of Blackswan’s debut song ‘Tonight’, a slow/medium tempo song cover or a rap cover within two weeks.

I had prepared few songs and made my vocal teacher listen to it and sent the one he liked. After clearing the 2nd round in August, I was flown to Korea in December last year and am currently undergoing the final round of audition process where I am under rigorous training for vocals, dance, rap and to speak Korean. We’re being assessed on our improvement every week.

Odisha to Seoul, how’s that going?

This was the very first time I was travelling out of India and I was extremely nervous as I was going solo. My parents were not ready to send me. Interestingly, my mother wasn’t aware I would be traveling alone. My family decided to lie to her and told that my father would be accompanying me. It was a long journey, but when I finally reached Korea my fears were all gone.

I was greeted with a warm Namaste at the Incheon Airport and went into quarantine as per their Government requirement but everything was handled by DR Music.

In addition to the rigorous training, I was introduced to the beauty of Korean culture and cuisine which I will always cherish. I saw snowfall for the very first time in my life here and have been creating beautiful memories each passing day. Trainee life is no doubt difficult but it is worth it.

What’s the biggest challenge you foresee about being part of a K-pop band?

I am yet to become a part of a K-pop band to properly answer this question so the answer I give now might change later. But, I feel more than training and busy schedules, it is about bonding with the members from different countries, cultural backgrounds and language that’s challenging.

These few months, I learned how important it is to be understanding and appreciative of different cultures. After all I am Indian and we believe in ‘Vasudeva Kutumbakam’, which means ‘The world is one family’.

The IPRS supports artistes through Learn and Earn workshops 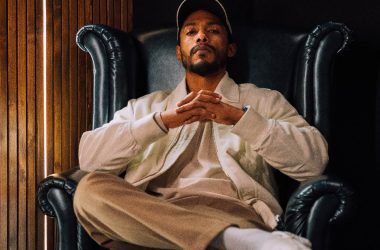 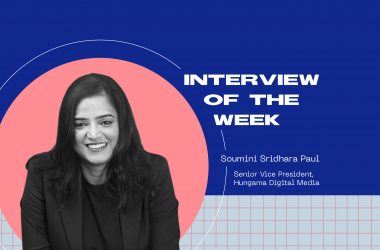 If there’s anyone who has successfully turned their passion into a profession, it’s Soumini Sridhara Paul. Now a veteran… 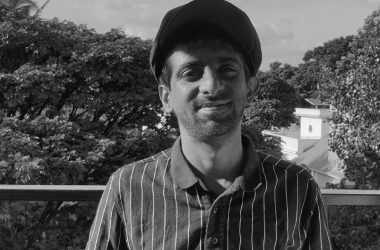 Nikhil Nagaraj believes 3D audio simulates our natural sense of hearing. The Bangalore-based sound artist who has been…