As the second employee to be hired at Believe‘s India outpost around 2013, Shilpa Sharda has been with the company for close to a decade now. A former broadcast journalist, she is currently Director Of Artist Services & Development at Believe Digital while spearheading artist management and content strategy. “We look at India, Pakistan, Bangladesh and Sri Lanka as a territory,” says Sharda in an exclusive chat with Music Plus. “As part of artist services, we empower artists by providing them with a holistic infrastructure so they can continue being independent in their journey.”

In India and the territories Sharda helms, Believe acts as whole ecosystem providing a 360° setup, which spans recording, marketing, live branding, sync publishing and more. “So an artist in individually can be an independent and keep their creativity and while focusing on creating new art,” she says. “Believe takes away all the numbers and the business side of it, making sure each artist has the best setup to benefit from and earn as much revenue as they can.”

Edited excerpts from Music Plus’ chat with Sharda.

How does Believe India select artists to work with in the territories that they operate in?

Earlier A&R representatives looked at live performances or traditional ways of consuming music. Now everything has gone to digital and we now scout artists on digital platforms. We basically look at how an artist has been constant with their releases; if he or she is an emerging artist, do they have a great social media presence? Are they engaging with their fans? Do they have a fan base in the first place and how good is their quality of content creation. Those are the two parameters we are focusing on.

To be very technical and offer precise context, we currently sign artists in three to four categories. The top and established artists who have done the hard work in past and right now are on top of the pyramid. Then there are the mid-level artists who have been working for five to seven years but haven’t been able to break it to the top. And we also scout emerging artists who have released four to five tracks, done a great job but are right now struggling to figure out how to move ahead in the system.

Specifically social media is a very important tool to us to understand how their DSP content has been performing and by that virtue, look at a growth plan that’s not just for one album, but at least three to five years of working together. The intent is not to keep them here and make money off them but the intent is to develop them to the next level so that both of us can earn money out of it.

What edge does Believe offer over the rest of the players in the market?

Unlike our peers, nobody is putting the artist at the centre. Labels intend to create a recording business and talent management companies try to create a live business model so there is no sync in tapping the potential of the artists. So, the basic difference for us is making a one-stop-shop for the artist to make sure that whenever they are doing anything digital, there is an amplification of their brand and we can tell a holistic story of an artist instead of an individual business first.

Right now, in India specifically, everyone is taking the IP away from the artists. Artists who work with peers of ours, they are not the owners of the content they create. In our setup, we’ve made sure there is a fair model steeped in honesty, where yes, we become partners and we become investors. But the end goal is to ensure that the artist is the owner of their work. Hum LIC ke zamaane se aa rahe hai to yeh pension plan hai (we’re from the LIC era so this is a pension plan).

But jokes apart, those are the two aspects which makes our model different from what’s happening in the industry. And I can proudly say we are the people who started this and are currently the only ones still offering this.

Can you comment on the evolution of artist representation in India in light of the industry’s focus on digitalisation?

I’m going to share my personal opinion. I personally feel that artists would earlier look up to somebody else with the power. The artist was never the power centre. Now, if you see – and it’s still the tip of the iceberg – artists are getting their power back by being independent or owning their content and knowing the business. So, the knowledge expansion has increased so much that artists have the right knowledge to make the vigilant choice instead of regretting a decision, realising that after years they have nothing. Now the power centre is changing, the artist is the one who’s powerful. They’re making better decisions and are better educated about their industry. That’s where the industry is changing.

I remember I was working with a major [label] and emerging artists would sit outside to make sure that the person who was doing an acquisition just hears their content once. Now, artists are not waiting outside anybody’s office. They are going on their laptop, uploading it on YouTube, making Instagram and Tik Tok reels. A track can become popular in 15 minutes or a day or even two years of release. The change in digital DSPs bringing in an international audience and education has brought the centre of power to the artists and now they are making the vigilant choice. They are not dependent on anyone to launch their careers. They are doing it themselves. It’s the nicest era to be an artist.

Can you talk about any specific areas of focus for Believe in the near future?

When we launched in India, obviously we knew that Hindi dominates our market and Bollywood film OSTs were dominating the market. We as a company decided not to follow that protocol and we went regional as much as possible. When YouTube launched, if you looked at what was trending, it was only Hindi OSTs. Cut to four years ago, Punjabi music began trending. Then two years ago, it was Hariyanvi music. Now it’s indie and hip hop and Bhojpuri music. Regionalisation is happening now which is the near future of the music business.

The export will happen of course, there will be a couple of top artists who will crossover to international markets but the maximum consumption will happen from regional markets which will keep growing. Major DSPs will also focus on the regional market and our focus as an organisation has always been to uplift regional talent and bring power to them so that they can grow substantially. Eventually of course, we respect the artist’s vision or expectation to be exported outside India, which we will support 110%.

Do you think regional music can achieve that big international crossover status?

110% and I think they are already there. Look at Sidhu Moose Wala, a Punjabi regional artist singing in a regional language, getting charted in the US. Even Drake was talking about him. So, I think it’s already happening. But will that be scalable? Will all top ten artists from India go global or top the US charts? It’s still a future that’s yet to be seen. But I still feel a couple of artists have already broken the boundaries, where they’re creating content that’s more familiar to an international audience.

Crossing over to native territories is happening. We used to think that only Bollywood is resonating with international audiences but that boundary too is breaking and it’s going to expand of course.

It’s begun, but will it extend to a Bhojpuri or a Haryanvi track trending outside India? We don’t know yet, but if people who speak the language expand like Punjabis all over the world, I’m certain it will happen. It’s just a matter of the right people consuming the right music at the right time.

Lastly, do you have any recommendations that can help improve the way the Indian music industry functions?

Honestly, I still believe that we need education in our industry. Once there’s education and the power has shifted entirely to the artist, the market will grow. I believe in education and transparency. If we start talking transparently and giving education to the right artists at the right level, we will see everything falling into place. 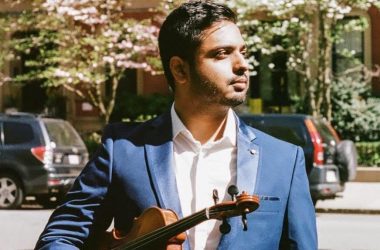 He’s worked as an orchestrator for the series ‘Ginny and Georgia’ and the documentary, ‘RUTH – Justice Ginsburg… 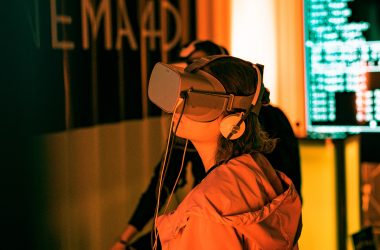 As organisations across the world rush to get the first slice of the Metaverse, India-based Cryptic Entertainments just…