One of India’s first rappers to hit the scene, Style Bhai aka Jai Ratan Menun, recently announced his new single ‘Stay Alive’ which will be released through his new independent music label, Touchpoint Tunes.

Being the ‘Shanaa bhai’ of Indian rap, it would be interesting to know whether commercial reasons or artistic ones drew him towards launching his own label.

“Both. I have always had a very strong need to make great music. And let’s be real, it’s a business but like no other! As a label I am not into the mind set of signing artists in the traditional way. If they are still independent artists and not signed to a label I am willing to work a crazy hot single or two with them and keeping it transparent with regards to the financials. Give me your time, your streams, your likes, shares, subscribes and views and I promise you will dance your worries away in return! As we twist, we twist, we twist, we twist!” exclaimed Style Bhai.

This development comes on the heel of many prominent Bollywood music composers such as Amit Trivedi, Vishal Bhardwaj, Salim-Sulaiman, and singer Arijit Singh entered independent music label business some time back.

The instrumental track of, “Stay Alive,’ is produced/arranged by Vitamin E (Erik Diaz) who is the in-house producer at Touchpoint Tunes. The song also features intro-outro commentary by Shimla based rapper FloTrix aka TrixTer. A duet version of, “Stay Alive,” with FloTrix is also due for a release soon.

“TrixTer and I have collaborated on many songs that will be released by Touchpoint Tunes in the upcoming months. My son Saje aka Saje Bhai! He features in the shoutout section in my song and in the video. I always know I have something hot when I play him a new song and he’s singing it out of the blue later in the day or the next day. That’s called ‘stickiness’ if the melody sticks in your mind after a one time listen then it’s usually something well worth pursuing.”

“I have written this nostalgia filled lyric journey that talks about many of the important famous hit songs I have done and my other experiences in Indi-pop and cool ones with Bollywood’s amazing Anu Malik Ji and Pritam.”

A lesser known fact about the rapper is that he has been closely associated with Bollywood and has long been working with Pritam, initially as a rap/reggae singer where he was credited as ‘Indee’ and later as a co-composer on hits like, ‘Twist’ from Love Ajj Kal and ‘Aai Paapi’ from Kismat Konnection and Love Mera Hit Hit from Billu Barber. The US based rapper has also composed and sang all the English rap reggae in the song ‘Character Dheela Hai’.

“I never felt the need to do PR to say that I have done this and that hit song and still believe that if audiences are shaking their ‘tuvi’s’ to my music, I am a huge success. These hits get regular play all over the world among desi and other audiences. Pritam let me into his world and studio giving me the freedom to do whatever I wanted with regards to writing, composing and recording my rap reggae,” said the rapper.

Style Bhai was inspired by the Don Raja, Apache Indian and a meeting with him changed his sonic thoughts. A record deal with Magnasound ensured the release of his debut album ‘Style Bhai’ which was super well received. The rapper was at the forefront of the Indi-Pop movement along with Shaan, Sagarika, Salim-Sulaiman, Sonu Nigam, Raju Singh, Alisha Chinai, Shweta Shetty, Vasundhara Das, Daler Mehndi, Colonial Cousin, Suneeta Rao, Lucky Ali and Shankar Mahadevan who also sang many songs on his debut album.

Style Bhai has bridged the gap between composing rap in the 90s to scoring for Bollywood quite effectively. Working with Pritam has taught him about the absolute need for a great melody but more importantly to have a great B part of verse that leads into a crazy hot chorus.

“The one thing I love about composing for film was sometimes I recorded a song and it was out in two weeks. Other times, songs or portions of songs that I had sitting around as demos suddenly got used in huge films. I also learned to work at all times of the day and night. Go, write, compose, sing and not just sing but make it a bang-on creative session because the film album was going to mix and master the next day kind of stuff. Those experiences are helping me today as I start my new journey in music with my Record label Touchpoint Tunes,” Style Bhai emphasised. 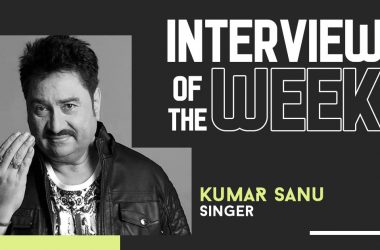 At a WIPO conference in Brussels in 2011, Javed Akhtar was speechless when French collecting society SACEM announced… 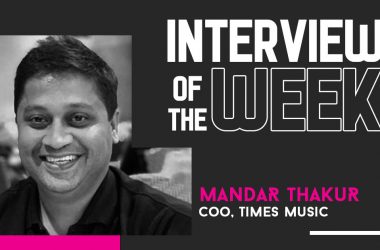 In recent times, the Indian music industry has been undergoing a transformation. The rise of desi hip hop,…