With people staying in the confines of their homes due to the pandemic, they have been constantly on the lookout for newer pieces of entertainment. This coupled with the lack of new Bollywood releases, has pushed consumption on the online music streaming platforms, across different genres, on an upwards trajectory.

One of India’s leading music streaming platforms Gaana, has targeted the popular, independent as well as regional markets to gain a bigger piece of the pie. Gaana introduced Gaana Originals and Gaana Launchpad aimed at the independent music space and also entered the short-format video app market with Gaana Hotshots.

To know more about their strategies and an

overall view of the music streaming space we spoke to Prashan Agarwal, CEO, Gaana for our Interview of the Week.

Online platforms have witnessed a spike in consumption since the onset of COVID-19, how has Gaana fared? Are there any specific consumption patterns worth mentioning?

There has been a considerable surge in non-music content consumption across genres such as stories, comedy, kids, meditation, and so on.

Genre-specific consumption patterns have been observed across Gaana, with party music having prominence in the evening and especially weekends, devotional podcasts during the early hours of the day, and relaxing Zen music witnessing spikes during the night band.

Indians are already exploring new genres of music and audio content. Not just that the genre-specific consumption patterns have also been observed on our platform. Gaana saw a 13% rise in music consumption across India.

A notable 12% spike in romantic playlist streams across all age groups was observed and 14% increase in devotional playlists – even among 18-24-year old’s! Besides romance and spirituality, there has been a whopping 26% surge in workout playlists as people are bringing their gyms home and a 24% surge in motivational or self-help podcasts as they are keeping themselves focused to power through the odds.

There was a dip in advertising revenue with the onset of the pandemic, how did it affect Gaana, and what was done to overcome the challenge?

An initial hiccup was felt across industries, however with time it has stabilized as we enter the new normal. Gaana owing to its vast offering’s bouquet has ensured that brands are empowered and spoilt for choice in a bid to connect with their audiences. This has resulted in a steady stream of associations and ad-revenues thereby weathering the storm.

What was your content plan considering there were no films being released?

In the absence of mainstream Bollywood music, Non-film music has seen a huge surge in consumption from different genres. Not just that, we also paid keen attention to presenting users with a range of Podcasts in order to keep them hooked.

How are the regional music industries and artists benefitting through Gaana?

As one of the pioneers in the audio streaming industry, we pay close attention to presenting listeners with content from different regions of the country. Through curated playlists, we ensure the singers get connected to their target audience via Gaana. In addition to that, we give independent artists a platform to showcase their talent to the world. Properties such as Gaana Launchpad, are specifically targeted towards empowering artists in the independent space.

Tell us about Gaana Originals.

We have been working relentlessly to work with music labels to distribute originals & relatable music content, Gaana Originals, that engages Indian audiences at scale. We have released many songs under Gaana Originals till date with many superhits like Lehanga, Gal Karke, Superstar, Kyon, Putt Jatt Da, Tera Ghata, etc. All these superhits prove that our catalog has performed extremely well.

Additionally, considering the uptake of regional on our platform, we plan to release more originals in regional languages like Bhojpuri, Haryanvi, Tamil & Telugu and as we move into new markets, we are bound to give chances to new artists. As part of the plan, we will explore different music genres and languages.

Users are definitely tuning to a new way of entertainment, gaining knowledge, and engaging with their favorite subjects through Podcasts. On Gaana we are seeing increasing consumption of podcast content and this is generating a lot of interest from the advertiser community who are looking at unique ways of engaging with audiences.

From a content creation perspective, typically – there are two types of content – Syndicated – where a brand can associate as a sponsor on a podcast that’s already been produced. For example, HDFC Life associated with Umeed – by Zakir Khan on Gaana.

In this piece, the brand enjoys a high affinity with content and the Host and is able to create awareness amongst users. The other way is a fully branded content piece – where the entire concept and execution are designed specifically for a client based on a brief. The brand has a far higher degree of innovation and presence in these content pieces. Gaana recently executed a Podcast – Let’s Crack It – for Unacademy that was hosted by Cyrus Broacha.

With Gaana Hotshots, you entered an already crowded market. What were the thoughts behind it? How is it different from other short-format video apps?

The market for short-form video is quite uncharted in India. With TikTok’s ban, it has opened doors for Indian players to venture into space. We are best placed to compete in the short video market due to our close relationships with the influencer community and music labels, best-in-class product experience for both creators and users.

The interest and response have been extremely positive, both from users as well as advertisers. With the festive season just around the corner, we aim to leverage that and fuel growth for the platform.

How do you perceive the music streaming and short format video market in the immediate future?

As audiences scour platforms for newer and engaging formats, the opportunity to grow for music streaming has expanded. The last 6 months have laid emphasis on the fact that music streaming isn’t limited to mainstream Bollywood. The genres are endless, coupled with Podcasts will definitely give players a chance to showcase their offerings.

Short-form video is the latest to join the bandwagon on enhancing consumer engagement. The interactiveness of the vertical plus creative freedom as well as giving content creators a platform to grow, will fuel the space for both influencers and brands in a bid to connect with audiences on a whole new level and medium. 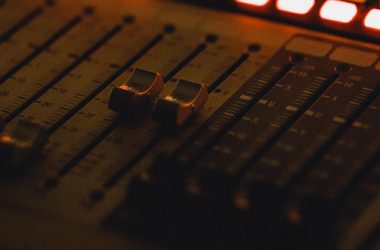 I have often thought of copyright law as comparable to a symphony. Composed by the work of an… 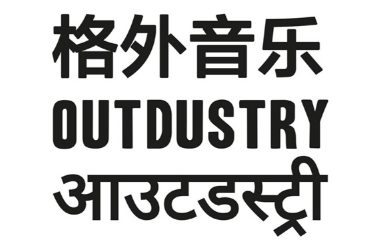 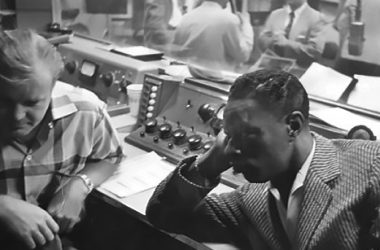