In the early 2000s, Bollywood was introduced to a new distinctive voice and sound. Such was the impact of the young man’s music that Bollywood and music lovers were thrown into a frenzy. The man has been conferred the Padma Shri Award by the Government of India and is also known as ‘The Mystical Nomad.’

Born to a musician father, Kailash Kher was introduced to the world of ‘Nirgun Sangeet’ early in life. Kailash was highly influenced by the works of Saint Kabir, Shri Guru Nanak, Saint Ravidas and Guru Goraknath. This spiritual influence is reflected in his music.

Kaliash’s career kick started with a jingle in 2002 and once ‘Allah ke Bande’ was released, he became an overnight sensation. Since then his journey has included more than 1500 songs in 22 Indian languages.

For our Interview of the Week, we spoke to Kailash Kher about his sound, the impact of spirituality on his music, his lesser known facets like being a composer, lyricist and more.

How has your music changed since your debut in 2004?

Every individual has a certain pattern of growth. Be it through experience, understanding of new things but music is one thing that is inbuilt. But a person’s growth is reflected in their music through their compositions or lyrics. ‘Kailasa’ always had a very distinctive sound but it also underwent a change which people accepted. Initially we would be asked if I sang classical, folk or ghazal and I would say nothing of these. When our music got the acceptance of the audience, our sound was labelled as spiritual or sufi. Now there are many musicians who follow our type of sound thus making ‘Kailasa’ a genre of its own.

How much has spirituality shaped your music?

Before I became a dedicated musician, I was doing a course in Hindu religious rituals. Due to this my thought process was always leaning towards spiritualism. When I came to Bollywood, I had no idea about movies or songs in them but I had the knowledge of music. My spiritual journey reflects in my music resulting in a very distinctive sound. After our debut, all filmmakers wanted to include a song in their movie which sounded like our music. After a few years, almost every movie had a song which was especially composed for me to sing.

Kailash Kher is also a composer and lyricist. However you are predominantly known as a singer, did you deliberately promote yourself only as a singer?

It is not the case. I have kept composing and writing alive too. I have not been able to dedicate time towards them. Anyway, a song is known by the actor on whom it is filmed. Certain people remember the singer but hardly anyone can recollect the composer or lyricist. I write and compose all their songs but I would be happy if Kailash Kher gets remembered even as a singer.

Have technological advancements had an adverse effect on folk music?

What have been the most memorable moments in your journey so far?

First would be when I won an award for ‘Allah Ke Bande’.

Second would be when I recorded my first song, Mangal Mangal, from the movie ‘Mangal Pandey’ for AR Rahman.

One more would be when I was playing my first ever concert in Delhi. The concert was named ‘Sarhadho ki Jugalbandi’ and featured Indian and Pakistani artists. The line-up included Indian Ocean, Shafqat Amanat Ali’s band Fuzon, Rahet Fateh Ali Khan and Friends and Kailash Kher. During that performance we created ‘Teri Deewani’ impromptu on stage. We had never thought of composing or writing that song but somehow it was created live on stage and luckily the audience loved it.

You recently were a part of a song that was composed especially for World Yoga Day, can you tell us more about it?

Yoga is India’s gift to the world and India will help heal mankind of all ailments through yoga and music. The song included artists like Grammy Winner Mr. Wouter Kellerman from South Africa, Ms. Lira from South Africa, Ms. Aeone from the UK, Mr. Tito Da. Fire from Nigeria and Mr. Gazza Namibia. The Indian artists include prominent names like Sonu Nigam, Shankar Mahadevan, KS Chithra, Shaan, Daler Mehndi, Raageshwari, Naresh Kamath and myself. The song is penned by Ms. Vaishali Shah. The song was released exclusively on Damroo streaming platform and has been well received. 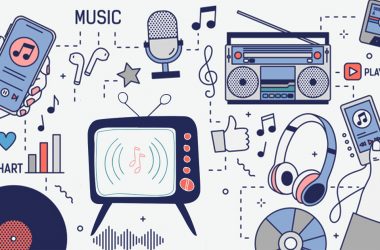 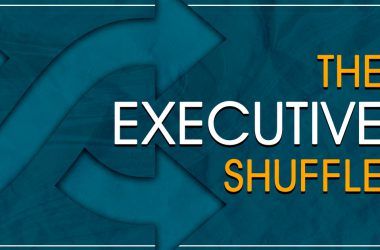 At the All About Music conference in 2019, skeletons tumbled out of the closet, the unmentionable was mentioned…