In March 2020, the already crowded Indian music streaming market had a new entrant. Bytedance, the Chinese tech giant who have a huge presence in India through their short format video content app, TikTok, introduced their music streaming app Resso.

The app claims to be the world’s first social music streaming app, primarily targeted at the GenZ’s and the millenials.

“Gen Z and millennials are at the core of our offering and both music and social networking are central to their daily lives,”

said Hari Nair, Head of Music Content and Partnership, Resso India, at the launch of the app.

Resso has inked deals with many major global and Indian music labels like Sony Music Entertainment, Warner Music, T-Series, Zee Music, Speed Records and Lahiri Music. One striking omission from the list is that of Universal Music Group’s catalog of songs.

Like most streaming apps in India, Resso has a two-tier subscription model, ad-supported and paid. The subscription rates are INR 99/- for android and INR 119/- for iOS versions thereby pricing it in the premium segment.

For our Interview of the week, we spoke to Hari Nair regarding Resso’s entry in India, their immediate and long term plans and about targeting the GenZs and Millenials.

Why did Resso choose the Indian market to launch its service?

India has had a longstanding relationship with music and expression. Indians spend an average of 21.5 hours a week listening to music; 20% higher than the global average. Further, the country has the largest population of GenZs as compared to any other country globally. With the core of Resso’s target audience being GenZ, it sets the perfect stage for Resso’s global debut.

The Gen-Z is primarily a non-earning class and Resso has been priced in the premium segment, how do you think your TG will pay for the service?

Resso’s brand philosophy is extremely unique and we believe that an offering such as ours doesn’t exist in the market. Resso is designed to revolutionize how music is consumed by filling the longstanding gap between music streaming and social networking. We understand our audience and know what they want, and our app gives them the platform to use music as a medium to connect.

Currently, our focus is to bring the GenZs on to the app and allow them to experience the features. We are confident that they will love what Resso has to offer, and that Resso will be their go-to music streaming service. Besides, we also offer a free subscription model for those who chose not to pay for the premium subscription.

The conversion of users to paying subscribers in India is very low, now that you have made a product that is heavily customized towards a certain section of the population, how do you intend to achieve the numbers?

Currently, our efforts will be focused towards building a strong community of passionate music fans. Idea is to have a digital 1st approach wherein we identify the right set of audience groups and reach out to them.

What are the localisation/personalisation features introduced in the app which are in line with your target audience in India?

Resso is a social music streaming app that allows consumers to connect, express and engage through music. The unique and easy-to-use sociable product features like Vibes, Lyric Quotes, and Comments gives them the ability to instantly connect with the larger community.

Social sharing – Social sharing is at the center of Resso’s user experience where the app allows users to express themselves via shareable UGC. Resso also enables music fans to interact with songs through music accompanied gifs, lyrics and videos that are richer yet social-friendly formats in addition to allowing users to like, comment, share and follow songs, lyrics and playlists

Vibes – The app allows users to create ‘Vibes’ – A tool that lets users express how they feel about a track they love in the form of a video, gif or a picture along with the power of words to say something along with it.

Lyrics with every song – When the app is launched, the song along with the lyrics play giving users the opportunity to sing along

The app’s interface is designed to instantly engage the consumers. A one-step process where the user simply needs to log-in and start streaming. Great design and fast learning ML leads to personalized recommendations and cultivates an understanding of the platform is serious about a user’s music choice. Taking music discovery deeper, our library, is segmented by genres but also sub-genres. Today’s generation is very specific about their likes and dislikes and know exactly what they want. To care to their specific needs, Resso segments all music by a vast variety of sub-genres, a feature that no other app offers today.

We have noticed that UMG’s catalog of songs is not present on Resso. With UMG representing artists like Ariana Grande, Taylor Swift and Billie Eilish who are popular among the Gen-Z, do you see it as a problem?

At Resso, it is our constant endeavor to provide our users with the best in-app experience. We are a music streaming app and are focused on increasing our library, be it through partnerships with independent artists or the big labels. With this objective, we will be on the lookout for relevant partnerships and integrations that will make the Resso experience like no other.

What is the relationship between Resso, ByteDance and TikTok?

Resso and TikTok are two different products under Bytedance and are independent of each other and managed by different teams.

How important is the non-film/independent music segment to Resso?

Music is at the core of our offering and every segment or genre of music is important to us. We want to provide our users with the best of everything and as part of this intent are also working to bringing independent artists onboard; in addition to the major labels. All registered artists will have an overview page including their discography and other information about the artist where consumers will also be able to get updated about the artists they follow.

What are the advantages of artists partnering with Resso and using the platform effectively?

Through Resso artists can reinvent their catalog for fans by creating personalized vibes of old and new songs and share them with their followers for a renewed experience. Additionally, fans can also share their personal vibes, favourite lyrical quote with the artists, giving a new meaning to engagement over music. 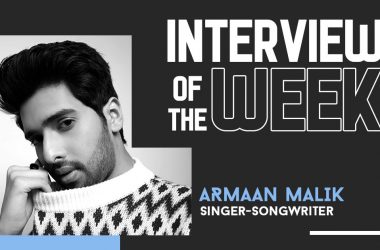 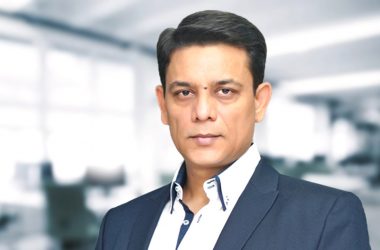 On 31st March 2021, T-Series and The Indian Performing Right Society Limited (IPRS) announced that the former has… 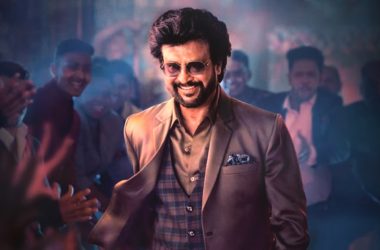