Most of the world’s largest music publishers (majors) not only have a presence in India, such as Warner/Chappell Music (through Times Music, which also manages the catalogues of Peer Music, Wixen Music, CTM Publishing, and Cloud 9 Publishing, along with their own publishing vertical and two integral sub-brands – Junglee Music, and Times Living), and stand-alone companies Universal Music Publishing (UMP), and Sony/ATV Music that rebranded itself to Sony Music Publishing (SMP) on February 10th this year, returning to its original name after 25 years (and also represents EMI Music Publishing), but have been proactive in pursuing their artist/client interests.

While all the majors were approached for this article, UMP and SMP regretted their respective inabilities in providing a response due to the best practices mandate provided to them by their respective parent companies.

Meanwhile, further support for the music publishers in India occurred by the amendment of the Indian Copyright Act in 2012, resulting in several independent companies entering the publishing sweepstakes, mainly Turnkey Music & Publishing, a company floated by media and industry veteran Atul Churamani in July 2013.

As part of Turnkey’s plans of having global representation in India, several standalone international music publishers entered the home market during the pandemic, via sub-publishing agreements with Turnkey, in mid-2020.

The first was the largest independent publisher in the world, Kobalt Music Publishing Limited. In the business for 20 years, Kobalt has achieved the number four position globally in terms of market share, just behind the three majors mentioned earlier.

The second publisher, the Fairwood Music Group, is an established and highly respected independent music publisher formed in London in 1987.

Konic Records, the third of the music publishers signed by Turnkey, is also a UK-based publisher; one that represents the catalogue of eclectic singer/songwriter James Kennedy.

Also signed onto Turnkey was the California-based Big Swede Studios, started by Big Swede, who runs his own recording studio, music production company, and record label.

Big Swede creates music in a variety of genres with a catalogue of about 900 tracks.

The latest to repose faith in Turnkey is Feel Good Music Publishing, a UK-based boutique label-cum- a publisher with the goal of creating and representing original songs with the quality and commercial ease needed for sync, which signed with Turnkey on February 12th this year.

Also in the publishing sweepstakes is UK-based Anara Publishing, an affiliate company of Horus Music, which is now based in India.

“We have signed a roster of Indian artists,” says Horus Music CEO Nick Dunn, “and are actively looking for opportunities for their music not only in India but also internationally.”

Besides signing on artists such as Tejas and Siddharth Basrur, in July last year, Anara signed Industrial Rock outfit, Nivid.

Eyes on the Indian market

But these are not the only indie music publishers that have set their eyes on India.

Take a look at EKKO Music Rights, based in Stockholm, who want to bring their international successes into the country and, by sheer coincidence, have partnered with Kobalt Music, the label arm of the Group that has signed with Turnkey for publishing in India.

The latter was responsible for the outstanding achievement in the U.S. late last year of SuperM’s first studio album, Super One (released on September 25, 2020, by the SM Entertainment/Capitol Music labels), which made its debut at no.2 on Billboard’sTop 200 Albums’ chart, wherein EKKO had publishing interest in no less than six of the album’s songs.

A remarkable achievement indeed from a music rights company that, says Pelle Lidell, President and Co-Founder, only “went live in 2017”.

While EKKO is a little sensitive in announcing specific timelines on their India entry, “[H]opefully, soon, as it is a very exciting and vastly emerging market,” announces Lidell, “but I can’t get into details at this stage,” the intent is clear and present.

Nevertheless, one has to accept that the pandemic has impacted all businesses, including music publishing which, over the past year, has seen its revenues dip, more so because live events have been rendered almost obsolete. While the changing live scenario has given way to digital events, the drop in revenues from the earlier format has barely been offset/compensated from this virtual revenue stream.

The usage of published content, by brands in their promotions and also within films, has become minimal too, which has further added to the woes of publishing income. The silver lining, if one could call it as such, is the growth of OTT and the opportunity of sync rights that go with it, which received an impetus with the onset of the lockdown.

While this literally provided a captive audience to the players, even with commercial establishments slowly opening up for business and people moving out of their residences, OTT is one market that is showing growth, more so now because of the type of content that is being shown.

“I think some of the smarter brands and programmes at the OTT services,” expounds Mandar Thakur, COO, Times Music, “are catching onto the fact that using existing, well-known music provides them significant leverage, identification, brand recall, and sonic identities. We work closely with a lot of brands.”

In any event, the presence of publishing companies within India is necessitated because of their ability to directly connect with players requiring sync rights, considering the mammoth availability of content libraries that each of these publishing companies have built through the years.

“Millions of songs,” says Thakur, when queried about the strength of the Warner Chappell catalogue, adding that Sync is a primary driver of publishing income.

“Truth be told,” he adds, “India is still a long way off to become a significant publishing player, revenue-wise, for international music publishers. The way I see it, going forward, is that [the] development of this business will be[come] faster – both creatively and business-wise.”

However, to what extent music publishers based in India can provide opportunities to Indian composers in the international market remains moot as long as the predominant consumption of Indian content remains within the Indian diaspora.

“As and when the opportunity arises,” reiterates Thakur, “that could be something to ponder over [as it] takes a while and takes a lot of investment and time. While talent is extremely great in India, it’s not necessary that everyone is ready for the global stage.”

Nevertheless, unless a joint industry effort, along with support from the Government, can convert the global market into an I-Pop industry (much like the South Korean government undertook for K-Pop), the attempt at promoting composers from India abroad will remain restricted.

IPRS CEO Rakesh Nigam was approached for this article too and, in spite of numerous reminders did not respond.

“This decade will see both domestic and foreign companies investing in local and regional labels as well as promoting talent from Tier II & III cities,” forecasted Blaise Fernandes, President and CEO, Indian Music Industry, in an exclusive conversation with Music Plus last year.

Indeed, the learnings of the past are a present for the future! 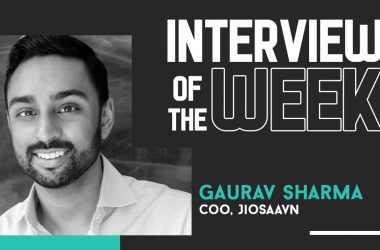 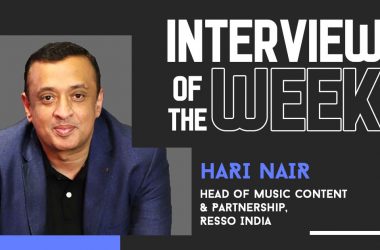 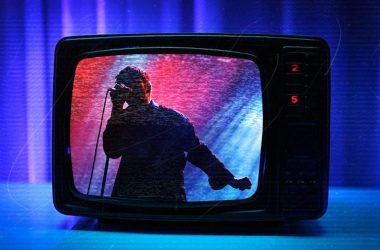 If you grew up in the nineties MTV, Channel [V] and their fashionable VJs or video jockeys were…