Hardik Joshi: Smiling from the sky

Contrary to what many people think, I must not have met music journalist Hardik Joshi more than ten times, of which five were at concerts. Off hand, I recall only eight instances. The last one, a gig at Stables, Andheri East, in January 2020. He was in a Pink Floyd ‘Shine On You Crazy Diamond’ tee, and I was wearing U2’s ‘The Joshua Tree’ and that made for a good selfie.

But thanks to numerous telephone conversations, WhatsApp, Facebook and a few official Zoom calls, we shared a certain bond, despite the 17-year age gap. Both of us have been music journalists. But that wasn’t the only reason.

It had more to do with similar tastes, views on the industry, our common quirks, similar struggles and the banter we exchanged on social media. His Facebook jokes would go overboard at times, but I was often tempted to respond with even more irritating ones. Talks about Scorpions and Dire Straits would be followed by inane one-liners about potatoes. Lines like “Aloo, is it me you’re looking for”. You get the drift.

Naturally, I was flooded with emptiness when I was suddenly inundated with messages of his passing. A life cut short while crossing the street. Five hours later, writing this, and the news hasn’t yet sunk in. It never will. For music journalism, it’s a huge loss, as here was one person who had the three main qualities – passion, a desire to learn, and the ability to translate thoughts in words.

I first met Hardik on October 7, 2017, at the Paddy Fields festival at Nesco Grounds in Goregaon. Officially handling public relations for Music Plus, he was equally passionate about writing regularly. Hardik claimed he and I met many years earlier at a pub in Malad, where he was a DJ. He was probably right. He also said he had grown up reading my writing in Mid-Day; a column I authored from 1995 to 2004.

Gone too soon, Hardik was always respectful; deferential to industry seniors and humble with his contemporaries and juniors. With a ready smile and relaxed disposition, Hardik made every meeting meaningful.

I kept reading his Music Plus articles after that, and was impressed by the detail he got into, and the way he conducted interviews. He also had a fairly vast range, and wrote about rock, pop, fusion, indie and regional music, with jazz and Indian classical thrown in at times. He also had a good command over the music business, copyright issues and changes in technology. This helped him later with assignments with The Indian Performing Right Society (IPRS).

Though he started writing about music pretty late, Hardik had some fantastic achievements. In 2019, he won the prestigious Reeperbahn Festival ‘The Year’s Best Work Of Music Journalism Award – English’ for his article ‘Music And Nature’. Many more accolades followed. He was also interviewed for a music documentary on Indian music culture sanctioned by the Spanish government, and was featured in singer Vasundhara Vee’s book ‘Big Dreams Bold Ideas’.

A few years ago, he came up with the idea of starting a column called ‘Album Talk’ in Music Plus. We’d both have a fun chat about landmark albums, in the Indian and international music spheres, from the Aradhana soundtrack and fusion band Shakti to Metallica and The Doors.

With so much already written about these greats, we decided to simply chat away about specific features of the albums. Since it was his idea, I was spared of the effort of writing the copy, thankfully.

Like most people, Hardik had his difficult phases too. But he would shrug them off with a smile, saying ‘Dekhi jaayegi, Sir, kya hota hai’ in his unique manner. He also showed a willingness to work on areas he needed to, and that’s a remarkable trait. One will miss that bindaas attitude, the ability to just be oneself, and the selfies we were likely to take.

Extremely popular in music industry circles and friends, Hardik Joshi’s death has come as a shock to those who knew him. Some responses.

Singer Shweta Shetty: On behalf of the music industry and its crew, we would like to say, thank you. I got the news this morning and said this couldn’t be happening.

Singer Tirthankar Poddar aka 2Blue: The world isn’t very kind to mavericks. So they learn to hide in plain sight. But every once in a while, they meet somebody they see a bit of themselves in. And they open up completely. That’s exactly what happened when I met Hardik Joshi. With a faraway look in his eyes, he took me back to the time he was working with DJ Whosane. We go back such a long way. If you know a maverick or two, please be kind and don’t ever let them hide. Because if you do, you will miss out on the opportunity to know the most beautiful people you ever crossed paths with.

Singer Deepa Nair Rasiya: Hardik – the irrepressible, irreverent, utterly passionate character that we all came to love – I cannot believe you are gone. It is the first time I am experiencing a sense of deep loss at this scale for a fan and a colleague in the music industry, whom I had many, many conversations and laughs with, but never met in person. When you first contacted me for an interview in Mumbai when I had just arrived in India for Paddy Fields, you showed a rare sense of familiarity and friendship and ease in that very first connection.

I soon got used to your teasing, mischievous style and accepted it all with affection. You came to the Paddy Fields concert with mum, I came to know later ­–  and had called and texted me relentlessly backstage which I was totally unaware of at the time –  you were so cross and it took me a while to pacify you. Thank you for forgiving me. I’d have been so happy to meet you and mum!

Adman Rahul DaCunha: I didn’t know Hardik Joshi well. But we shared a passion for music and a passion for puns – the more ‘Koyla’ the pun, the louder he’d laugh. He didn’t take life that seriously, I sensed an older head on quite young shoulders. I sensed struggle…. but always with a smile. A truly disarming smile! To borrow from Eddie Vedder – Even in death, Hardik, you’ll always be ‘Alive’, dude.

Event organiser and friend Neil Banks: I have known Hardik for quite a while … he was always enthusiastic in whatever he did … he looked at conducting interviews with artists differently. He was a complete go-getter and always looked at raising the bar when it came to music journalism. We spoke at length, he would call late at night to talk about certain vague ideas he had in mind and how it would work. Music Journalism has surely lost a true gem … and I have lost a good friend … R.I.P Hardik. 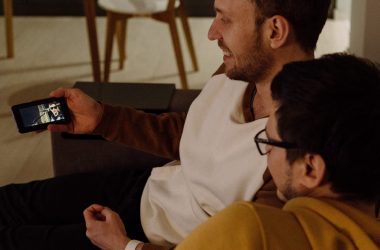 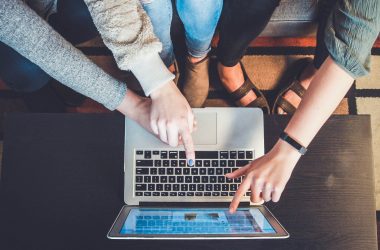 ‘Tum Tum’, from the Tamil film, ‘Enemy’ has crossed 100 million views on YouTube. The song – which has been… 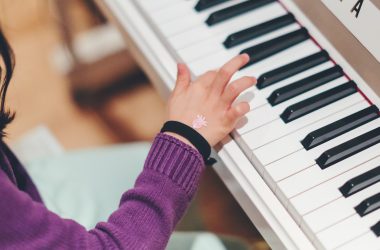 Digital music and performing arts education platform, Spardha has raised Rs 8 crore in a Pre-series A2 round led…