The State of Rajasthan, through an arid desert, carries music through its air. The State’s musical diversity originates from its rich folk music which comes from all parts of the once princely state.

Rajasthan’s folk music is administered by the various Gharanas who have led the regional music to national and international platforms.

The musicians from the State still practice their historic and rich musical traditions. Their repertoire consists of a song for every occasion and mood. Though their styles and repertoires differ, they sing in the same dialect and in a soulful and full-throated voice. Their songs are generally about great battles, love, separation, and devotion to the almighty.

Historically, these musicians garnered immense support from the kings, landlords, and even the bureaucracy.

The present state of the Rajasthan music industry

In modern times, the state’s music industry has evolved and a lot of things have changed within the industry, especially the distribution and promotion of the songs. Given the digitally-driven industry, the market is heavily competitive. Although the traditional artists remain rooted in history, the youth has adapted to newer genres and styles.

“Rajasthani culture leans towards traditional, devotional, and folk music. The market for film music is relatively small, while the music that is being released nowadays is more new age and has found a considerable following. Rajasthani songs used in Bollywood movies, by giving it a filmy touch, are also doing well. This gives the Rajasthan music industry an optimistic outlook,”

said Durgaram Choudhary, Managing Director RDC Music, one of the biggest music labels in the State which promotes classical, folk and new music.

While Choudhary favours the change, many veterans are at odds with it. Ahmed Hussain is one. The veteran singer is one half of the famous Ahmed Hussain and Mohammed Hussain duo who sing classical ghazals.

“All genres of music are equally good. But if you try to recreate folk music with a rock or pop feel, its beauty will be lost. How we present our creation is also important. The classical and folk musicians of the past are hailed great because of their efforts. One cannot create beautiful music on a machine.”

“There is an assumption that folk or classical music won’t work in this day and age. The new generation needs to be introduced to folk music. It will be a definite attraction for many. If we won’t preserve and promote our tradition amongst the youth, how will they explore it?

Plus every school needs to introduce music as a subject.”

Rajasthani music has long been a part of Bollywood movies. Many movies have had a Rajasthani background theme and music composers had a wide selection of traditional folk songs to choose from.

This gave the folk music, artists, and musicians exposure on a bigger stage and also provided monetary assistance. Just like artists from other regional markets, even the Rajasthani artists and musicians aspire to be a part of Bollywood.

“Every artist wants to sing for Bollywood once they attain popularity in their state. There is a threshold up to which an artist creates music for a regional market, so I fully support their move to Bollywood,” expressed Choudhary.

However, some are skeptical about the representation of Rajasthani music, and culture.

“Bollywood has been using Rajasthani music in movies for a long time. But they recreated them hence the essence of folk was lost. The filmmakers and music composers recreate the folk music to suit the film’s requirement. This sends out a wrong idea about the original compositions and devalues it. They need to be more careful.”

Rajasthani folk songs and traditional Indian music is a part of Veena’s brand identity and the company’s DNA. Some of their leading artists include Seema Mishra, Deepali Sathe, and Mukul Soni. With the advent of the OTT and music streaming platforms, the Rajasthan music industry has many new avenues to explore. However the biggest drawback the industry faces is –

“Rajasthani folk artists are great only on the stage. Off stage their lack of education becomes a negative factor. They can’t converse properly, don’t possess knowledge of technology or are not educated musically. Only a few artists have been able to make a transformation. This has set the Rajasthani music industry back, otherwise talent wise it is one of the best in the country,” stressed renowned singer Chugge Khan.

The founder of Rajasthan Josh, a collective of Manganiyar musicians from Jaisalmer and surrounding villages, Chuggeji has collaborated with artists like A. R. Rahman and Sivamani.

A few big artists have made their breakthrough in the digital medium, but there’s a lot of deserving artists who have missed out on the digital platforms. Rajasthani artists and labels are inept with current technology and trends. They have thus benefitted from the advent of OTTs and music streaming platforms.

“Due to the OTT platforms, Rajasthani artists are now earning almost thrice what they earned some years back. Even the musicians are making a healthy sum. But the growth for music labels has not been that big, as performers are directly in touch with the people. Artists and musicians also have a revenue source through events and shows. A Label’s income is dependent on the revenue from the advertisements,” contended Maloo.

Along with lack of music and at times even basic education, the biggest drawback for the Rajasthan music industry according to Khan is,

“Lack of support…unlike the Punjab music industry and even Haryana music industry, which get enormous support. Apart from this, the rivalry and jealousy between the artists also plays a role.”

This is what led Vineet Jain, an entrepreneur from Jaipur who owns a leading Event Management & Wedding Planning company ‘Vineet Jain Creations’, to establish a venture entitled Jaipur Idol.

As one of the biggest singing competitions of Rajasthan, it helps the young, talented, and aspiring singers of Rajasthan to find a platform for young talent.

“Helping the singing talent to find the right destination” is our motto. Jaipur Idol has organized four successful seasons in the past. All previous seasons have witnessed ample participation of singers across Rajasthan. Many participants from previous seasons of Jaipur Idol are doing extremely well in their careers. They are regularly releasing music and performing at live events.”

The Rajasthan music industry needs more entrepreneurs like Jain to reach the heights it is capable of. Lack of music education among the artists as well as music labels is a major cause for concern. Not many understand the concept of copyright. If one song gets popular, most start copying it. This eats into the income of the original artist and label. Moreover, the industry is completely unorganised. But not everything is wrong according to an optimistic Choudhary,

“The new artists and labels do have a good understanding of copyright and other laws and even the veterans are now taking an interest. This bodes well for the industry.” 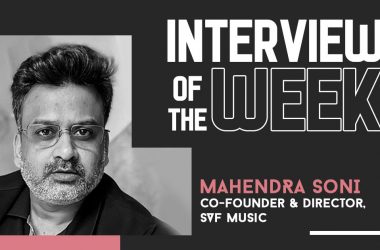 The state of Bengal has a rich culture and history of music. It has given India some of… 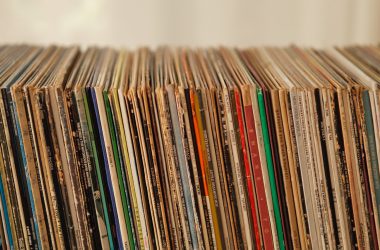 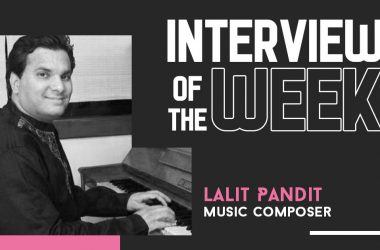