As a follow up to our Interview of the Week with Indian Music Industry [IMI] President and CEO Blaise J Fernandes [February 14, 2020], Music Plus takes a deep dive into what makes global stakeholders – such as Believe Digital, Spotify, Apple Music, YouTube Music, Amazon Music, and ByteDance’s Tik Tok, among others – provide Foreign Direct Investment (FDI) in the media and entertainment sector in India, more specifically, in the music industry.

However, if these figures are the only reason to incentivize global players to enter the Indian market with foreign exchange, think again! Each one has a clear-cut game plan on their reasons, ranging from “exporting” Bollywood/regional content – as proposed by UK-based Ditto Music – to discovering independent artistes, like Horus Music, also UK-based, whose CEO Nick Dunn, in an exclusive conversation with Music Plus, said,

“Loads of talented non-Bollywood artists were under served and unpresented in the market. So we felt we could enter the market and make a positive difference.”

Most of the reconnoitering occurred at least a year before setting up their respective offices in India, mainly Mumbai, considering that it remains India’s media and entertainment hub with one of the early players being Believe Music, which commenced operations in mid-2013, “with a focus on artis and label distribution.”

While each of the entrants have now settled down to the Indian way of life, things were not entirely hunky-dory at the time of their respective Indian entries. For instance, there are primarily two hurdles that these players refer to. First, as an international player, when they approached indigenous professionals, such as accountants and lawyers, the professionals incorrectly assumed that these corporates wanting to gain entry into the country were not only desperate to do so, but
had such deep pockets that these professionals made no real effort to gauge why these global players intended to set up shop in India.

“We often walked away from these kinds of people,” affirms Nick Dunn, CEO, Horus, “as we were seeking genuine relationships with people that will work equally as hard and give good value. If we cannot obtain good value from within the country, it makes things harder to give good value back to our artists, and that will always be our primary focus.”

The second problem appeared to be government bureaucracy.

“In the UK,” explains Dunn, “we are quite efficient with paperwork and digital services and, as a business, allowed to get on with the job without more paperwork to get in the way. In India, there is a lot of distraction that makes things highly problematic that really are not needed, but seem to be designed to trip up international companies. [The Indian] Government needs to start making things easier for all companies, not only international, but local companies [too] if they are to help encourage business thrive within India.”

“We spotted some great opportunities for us in India and we are really looking forward toexpanding our business over here, as well as making it a permanent home for Horus Music.”

Once decisions were taken about being represented in India, each of the global players invested humungous amounts of foreign exchange as investments into the country. However, barring two players – Horus Music [“we have invested close to USD 500,000”] and Ditto Music [“millions ( of) GBP”] – none of the others approached by us [Apple Music/iTunes, Spotify, Amazon Music, Tencent Music, Tencent India, Smule, The Orchard, and ByteDance] were willing to pursue having a chat for
this article. Nevertheless, one thing is certain that, through the years, these player investments have been ploughed into artistes, Indian labels, streaming platforms, and exploring partnerships/technologies to provide better services. Not only that, but the return on investments and, indeed, they exist – are currently being reinvested within the country itself.

Not only that, but fresh investment in India appears as the name of the game. For instance, Horus Music has “put in further resources to help not only grow our business in India, but to help local musicians and labels. There is a lot that needs doing and we always knew this was going to be a long-term investment.”

Similarly, Ditto Music, is on an expansion spree too.

“Over the past 12 months of actual operation,” explains Gautam Sarkar, their Country Manager, South Asia, “we have [licensed] nine labels, and over 36,000 tracks and 2,100 music videos. These are all on long term exclusive licensing deals, including publishing worldwide”. Further, adds Ditto’s Sarkar, “We were also approached by a few prominent labels to manage/host their content on various OTT stores outside India, which adds a feather in our cap in such a short period.”

But these foreign companies are not restricting investments by placing any ceiling to it, if opportunities beckon. The larger challenge appears to be the changing landscape of the Indian digital industry, a buoyant market supported by dynamic consumer trends, building a brand, gaining trust of artistes/labels, providing transparency, and managing themselves within the ever-increasing competition within the existing market.

While successes can be measured across numerous scales, the players have also shown optimism and beyond by affirming that are now a permanent fixture within the Indian media and entertainment sector.

“One of the mission statements of the India chapter for Horus Music was to ‘unclog the information pipeline’ with regard to music copyrights, licensing, publishing…for artists and labels,” says Nick.

“We have already started on this journey through a series of workshops, training sessions, one on ones, and more that have received encouraging responses. Through our sister company, Anara Publishing, we have signed a roster of Indian artists and are actively looking for opportunities for their music not only in India, but also internationally. These efforts are bound to grow and enhance the future of the music industry in India. Another important goal was to do things locally. So now we are really going local – deep into India and its heritage and culture. Aside from this, we are also looking at helping western companies break into the Indian market with our deep connections, partnerships, and expertise.”

Ditto Music has its aspirations too and, says Gautam Sarkar, proudly, “I am sure Ditto South Asia will be #1 among all, in a span of one year.”

“Believe Music is now one of the Top 5 music companies in India,” announces Vivek Raina, General Manager – India, “and our performance in the market is in line with our expectations. We are obviously very happy with the overall performance [that] we have had so far, but it’s really the beginning and there is still a lot of growth potential to unlock in such a big market”. In a crux, the message is clear; each player is here for the long haul.”

To achieve goals, the companies have no choice but to provide an equal opportunity and level playing field for artistes, without whom they would not exist. While the general trend in obtaining content still works with an expectation of minimum guarantees [MGs] from local players having large content libraries, it still needs to make business sense for the international players to make such payments if there is a facility of recoupment. However, in an effort to bypass this model, international players are negotiating revenue share deals directly with artistes with the underlying theme being that the lion’s share of the revenue generation is ultimately repatriated back to the artistes in a transparent and fair manner and, in turn, gaining artiste loyalty.

In support of this argument, it is also useful to share that most of the global companies are strengthened by the fact that the bulk of their staff, especially the promoters/management, have backgrounds in the media and entertainment industry and, effectively, are passionate about the work they do. This enables the companies to take both clients and artistes to their deserved destinations by taking balanced and relevant decisions.

Other potential businesses which have a connect with the international media and entertainment industry include merchandising [also known as “merch”]. For instance, a Mumbai-based company called Red Wolf, whose co-founder and Managing Partner, Vivek Malhotra, informed us that they “make merchandise for bands/music shows, etc., as and when people get in touch with us.”

So is there life beyond investments/growth in mainstream music? Indeed, as in or around 2016, in a broad sweep, the government opened up India’s broadcasting sector by increasing the foreign direct investment (FDI) limit in television news channels and private FM radio from 26% to 49%, and permitted 100% overseas ownership in digital cable and direct-to-home (DTH) services from the previous ceiling of 74%. So, in turn, be prepared for yet another sonic boom that appears to be around the corner. 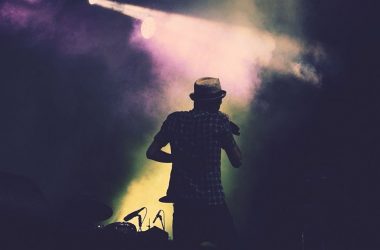 Whether these are the worst of times or the best of times, is a matter of where in… 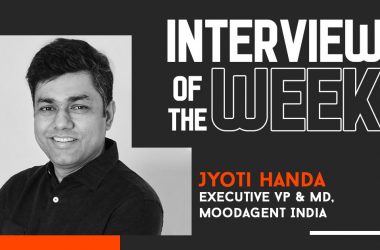 The Indian music consumer is spoiled for choice when it comes to selecting their music streaming service. With… 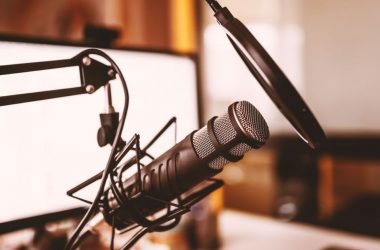