The band’s journey didnt start off with a bang but they hit the highs with their third album, Slippery When Wet. Released on August 18, 1986, the album was at No. 1 on the U.S. Billboard 200 chart for 8 weeks and is Bon Jovi’s best-selling album ever.

The album struck my mind thanks to the slippery pathway and I called fellow cowboy and musipedia, Narendra Kusnur to discuss it for this week’s Album Talk.

(first 2 minutes : the usual ‘pleasantries’ then down to business.)

Me: Never understood why they called themselves that!

Kusnur: I always felt they were a ‘Good Boys’ Band. They were never controversial nor into drugs or women like Jim Morrison.

Me: None of them ever checked into a rehab for alcohol overdose like Metallica’s James Hethfeld. Imagine how much alcohol James consumed to suffer an overdose! If Rolling Stones called themselves that, it would be justified.

Kusnur: Well Bon Jovi had their phase from mid 80s to early to mid-90s. They had two good albums in the 90s, ‘Keep The Faith’ and ‘These Days’ plus that single, It’s My Life. The songs on the ‘These Days’ album are quite good. There is a maturity about them but the album didn’t really work.

Me: They don’t have an audience for mature music. They want to scream ‘It’s My Life’ when the song is played, the rest of the lyrics don’t exist for them. Just like Bryan bhaiya’s ‘Summer Of 69’

Me: ‘Slippery When Wet’ is a genuinely good album with three major hits.

Listen to ‘You Give Love a Bad Name’

Kusnur: It was a path breaking album too. The heavy metal genre was dominated by European bands. Being an all American band, Bon Jovi for among the firsts to break into this zone. Secondly, they made radio friendly songs which wasn’t the case with other bands of the same genre.

Me: I wouldn’t call them heavy metal but glam rock is the term for them. BTW did you hear the new Iron Maiden album? Kickass!

Kusnur: It is fabulous!

(at this point, this Album Talk could have become about Maiden’s new album but we recovered)

Me: This album has three of Bon Jovi’s biggest hits, ‘You Give Love a Bad Name’, ‘Livin’ on a Prayer’, and ‘Wanted Dead Or Alive’.

Listen to ‘Wanted Dead Or Alive’

Kusnur: The last one is my favourite on this album.

Me: Same here, I love the sound on the song.

Kusnur: They have used an acoustic guitar, a 6 string and a 12 string guitar for the lead and rhythm both in the song. The way the song builds up is terrific.

Me: It has a very cowboy feel to it.

Kusnur: You are not pronouncing it right. Say it like how Bon Jovi would.

(that was below the belt Mr. Kusnur!)

Me: Through the album, Richie Sambora is outstanding. There’s a very underrated song on this album, I’d Die for You, Sambora is phenomenal in it.

Kusnur: He isn’t rated highly but happens to be one of my favourites. There is a power ballad, Never Say Goodbye, which is also quite good.

Me: It is not quite known.

Listen to ‘Livin’ on a Prayer’

Kusnur: Because of the 3 massive hits. In fact Jon didn’t want to include ‘Livin’ on a Prayer’ in the album but Sambora convinced him to.

Kusnur: No, it was ‘You Give Love a Bad Name’ which apparently was dedicated to Bonnie Tyler.

Me: Why on earth!

Kusnur: She might have snubbed one or all of them at some time.

Me: She wouldn’t have fancied the kind of ‘Bad Boys’ they were! She must have sang ‘Holding Out for a Hero’ in her voice which was huskier than Jon’s.

Kusnur: Stop digressing again. Back to work, this is one those albums which is known only for songs on the ‘A Side’. Except the hits, I like “Social Disease”.

Me: As I said earlier, I think “I’d Die for You” is the best song on this album. I haven’t really heard the rest much or maybe at all!

Until next time!
Adios! Amigos!!

The Emergence of NFTs in the Indian Music industry 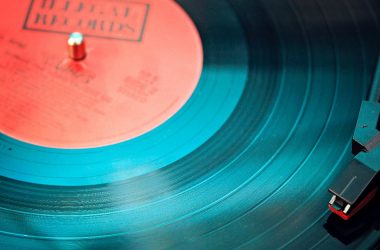 The American jazz legend, Billie Holiday, once famously said, “You cannot copy anybody and end with anything. If… 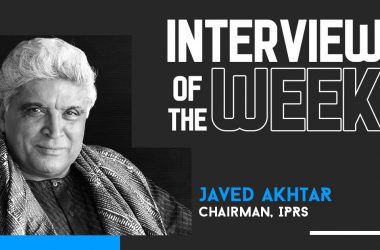 Since its re-admission into the International Confederation of Societies of Authors and Composers (CISAC) in 2016, The Indian… 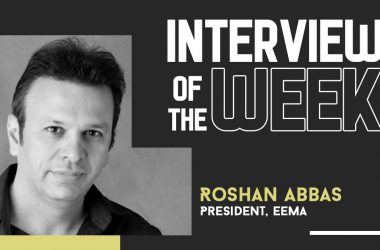 According to Statista, in 2019, the Indian live events market was valued at 83 billion Indian rupees. It was estimated…